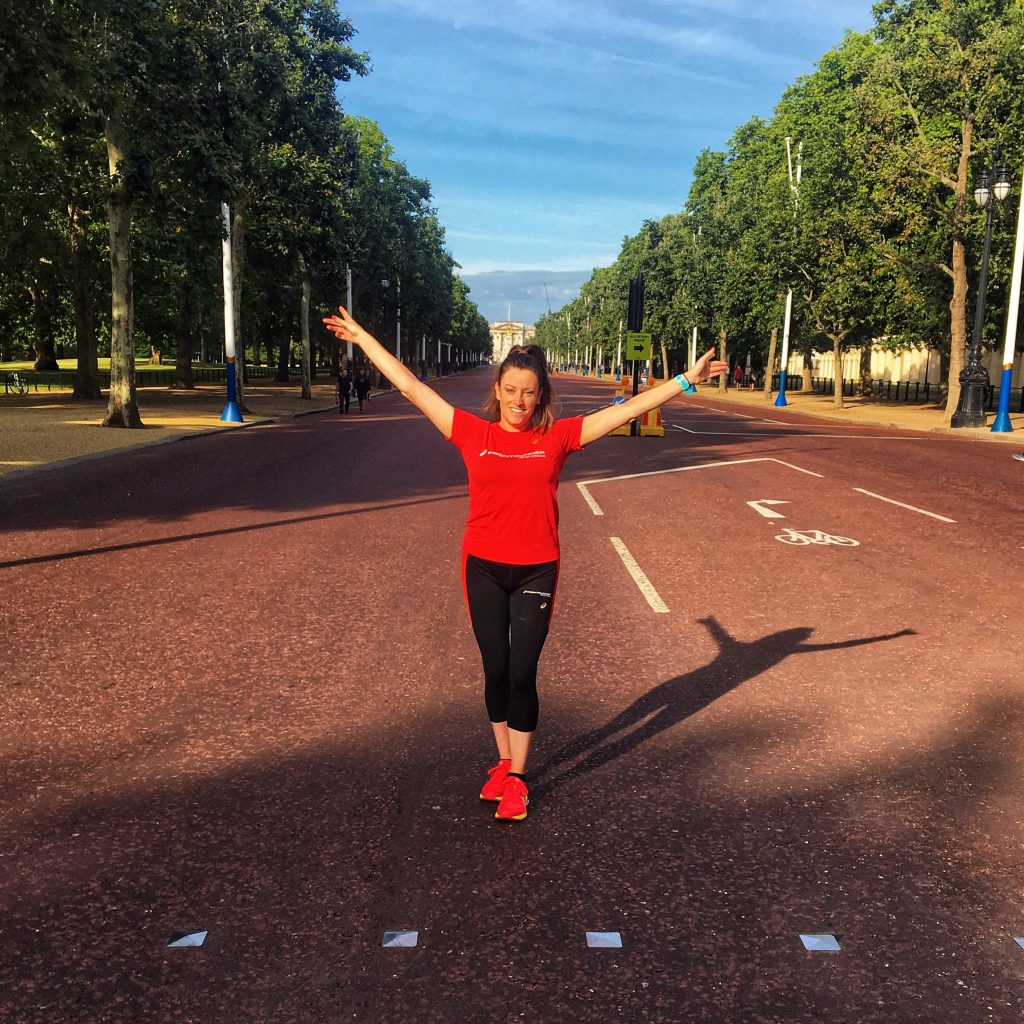 Another week, another race review. Or should this be a pace review?

Last weekend I took part in the Virgin Sport ASICS London 10K. This was going to be my first ever running event in London so I was really looking forward to it. What made the race even more exciting as I had been given another opportunity to pace. I have paced 10K races before, but this was to be my first attempt at pacing 60 mins.

The race also coincided with the ASICS Frontrunner weekend so Saturday was spent catching up with my team mates, running, taking photos, eating pizza, bowling and playing ping pong (turns out I’m terrible at it, sorry Sarah!)

With over 10,000 runners and 60 minutes being an elusive figure for a lot of people there were six of us pacing that time. I felt in good company next to Anna, Becca, Livvy, Jarnail and Tahila

Before the race
We arrived nice and early to receive our official pacers kit and to collect our flags. After a quick hello and group photo with the rest of the #dreamteam it was time to head to our pens for the mass warm-up. 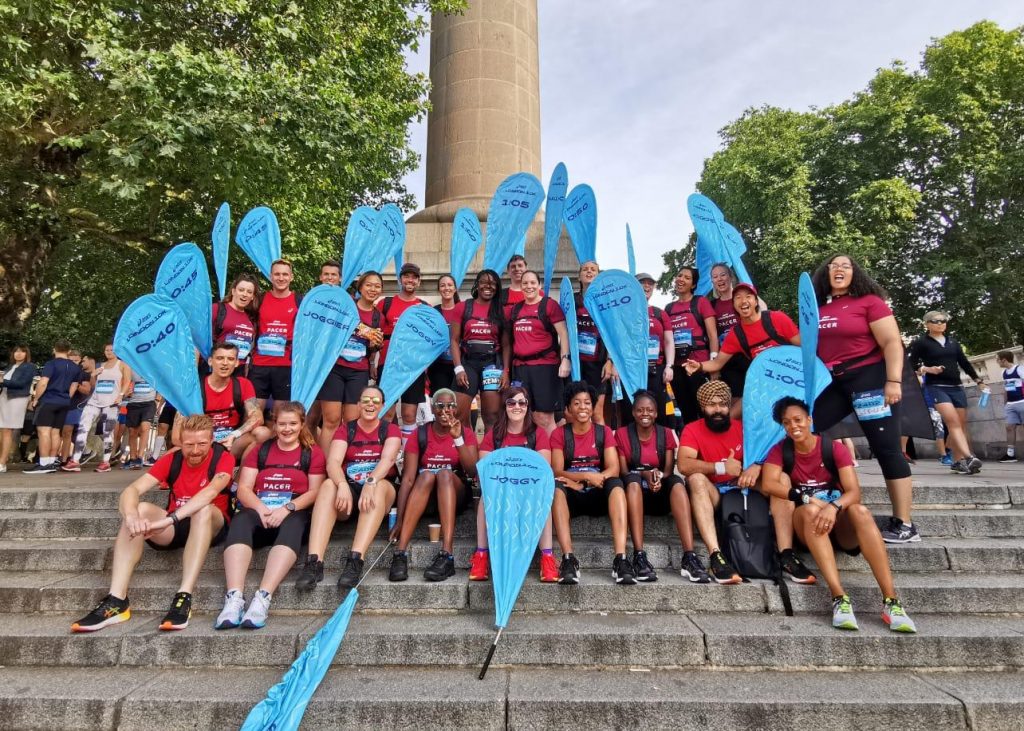 Becca, Livvy and I decided to run together and create a bit of group morale. With the other 3 pacers up ahead we positioned ourselves a little further back in the pen aiming to bring in the back of the group. Becca explained to those around us that we would finish in just under the 1-hour mark. Waiting for the start, we chatted to the runners around us and did our best to calm a few nerves. The gun went off at 9.30am, the race is set off in waves to avoid congestion so it was around 9.45am when we crossed the start line.

During the race
The race starts in Picadilly close to the Japanese Embassy and finishes on Whitehall alongside the Women in War memorial. There are quite a few out and backs on the course, the tight turns naturally slow you down so the plan was to bank a little bit of time in the first few miles. This also allows a bit of a buffer in case the course came up long. I’ve never run in London so I didn’t realise that the tall buildings can interfere with your watch GPS. Luckily we had pacer bands so we could use the watch timer against the KM markers to check we were running to the correct pace.

The course takes you right through central London so between watch glances we got to see a few sights including Trafalgar Square, St James’ Palace, Westminster Abbey, Big Ben (which is currently having a makeover) and the London Eye.

There were live bands, music and cheer zones on route to energise the runners and keep spirits high. We kept those around us motivated as we ticked off the kilometres. By around 7km, we had established a good group of runners who had been with us from the beginning, so it was a case of keeping them with us and getting them to hold on to the pace.

As we approached the finish we went crazy with the encouragement, telling those around us to overtake and head for the finish. We crossed the line in 59:39, it was one of the best race experiences I have ever had. Helping people achieve their goal time meant more to me than any PB. After collecting our medals and goody bags we headed over to join the T-shirt queue in Trafalger Sqaure. 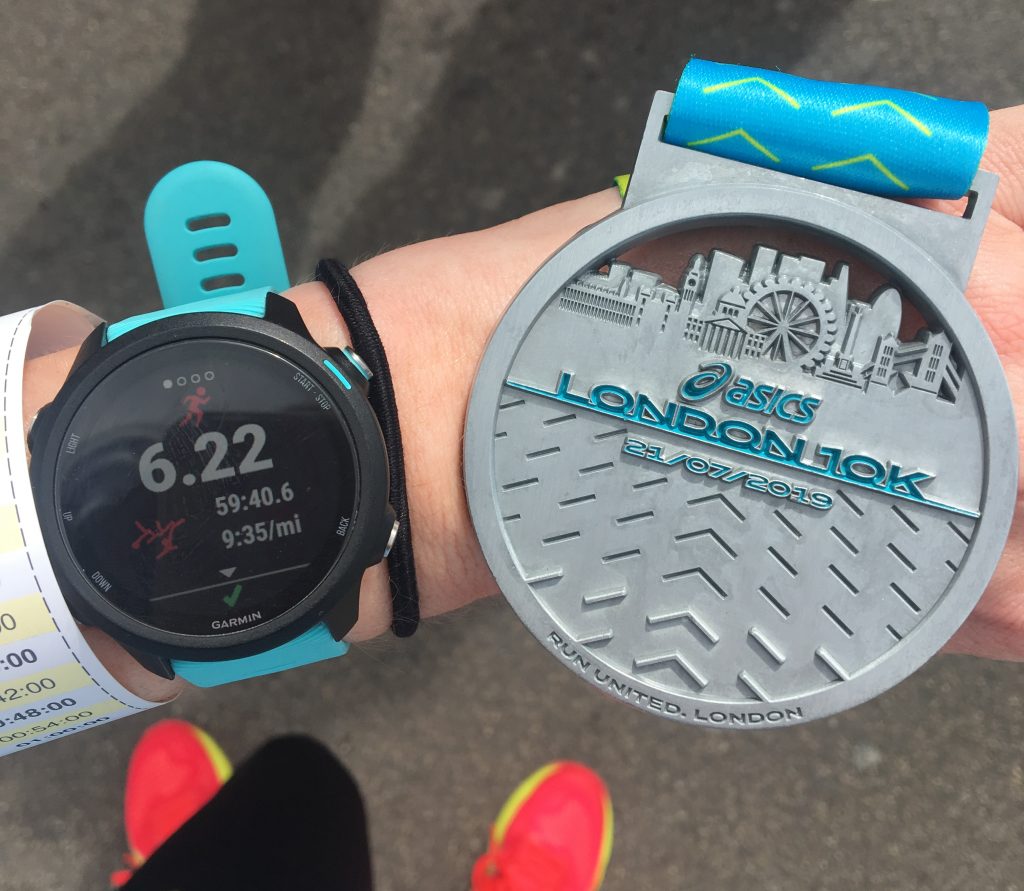 One thing I loved about this race was it was plastic-free. Water was provided in 100% recyclable cups. Whilst drinking from a cup and running isn’t easy, it is much better for the environment. Plastic kit bags and goodie bags were also replaced with long-life natural cotton tote bags and JUST water at the finish line, eliminated single-use plastic water bottles. The textile in the race t-shirts is made from recycled PET bottles so I feel like I should let them off for that horrendously long T-shirt queue.

So, what’s the verdict on my first race in the capital?
I really enjoyed it. There was a fantastic atmosphere, plenty of sights to see but with the tight turns, it’s maybe not a PB course. It’s also pretty pricey for a 10k, race photos are included though.

A huge thank you to ASICS and Virgin Sport for a great event, well done to everyone that took part. An even bigger thank you to Becca and Livvy, both are incredible ladies and I had so much fun running with them. I hope I get the opportunity to do it again soon.

If you fancy taking part you can pre-register here for first access to early bird entries when they go on sale later this year.

*my entry was kindly gifted by ASICS and Virgin Sport