Snake lane 10 is becoming a regular on my race calendar. Race entry opens in October and it usually sells out within a couple of hours, the date and distance ties in perfectly as part of London Marathon training.

As its name suggests, the course has a winding stretch that snakes its way through beautiful East Yorkshire countryside at the foot of the glorious Wolds.

I like to think I have a slight advantage as this race is local so I do a lot of my training on the course itself. Last years time was 1.31.00 so I was really hoping I could knock that minute off and get an ‘official’ sub 90 – a time that I’ve been lusting after for ages. 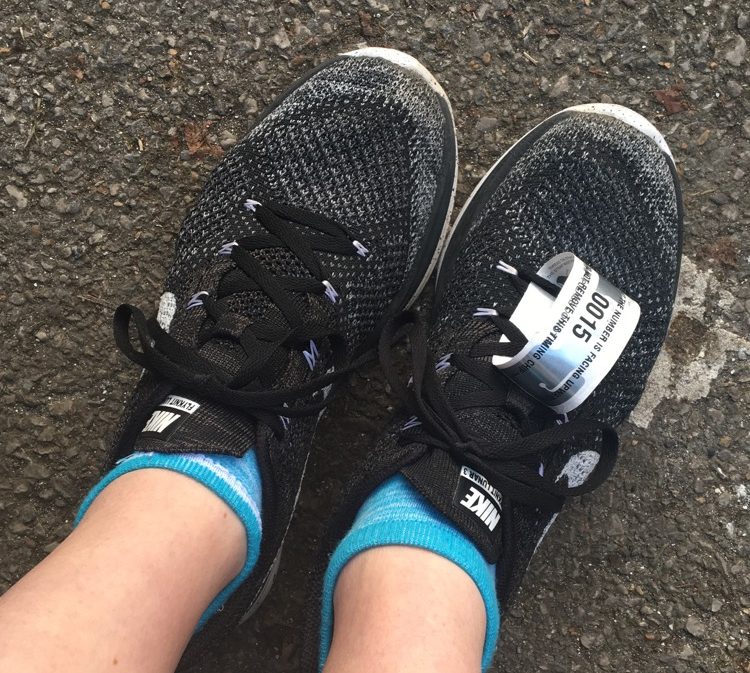 I decided to try out the Nike Flyknits for this race. I was really impressed with them, they are super light. I don’t think they will be my marathon shoes as I prefer a little more support for long distance.

Before the Race
The race has various parking points and runners meet at Pocklington Rugby Club, which is about a 5-minute walk from the start line. As I’m local I headed straight to a coffee shop where a friend and I watched people warm up along the high street whilst we enjoyed a leisurely coffee.

The Route
The course takes you out into rural East Yorkshire, running through Meltonby, past Great Givendale, Bishop Wilton, almost out to Bolton, before taking the hilly road back and finishing in Pocklington Market Place. Crowds of people cheering at the start and finish.

During the Race
The roads aren’t closed so there was a strict headphone ban in place. As always the wind made an appearance on Snake Lane itself and we were running into a little head wind on the last 3 miles back into Pocklington.

This year saw the addition of pacers – there were three, 70, 80 and 90 minutes, who all did an outstanding job! As with most races, I spent the first mile weaving in and out of people trying to find my own space. The next 3 miles I was slowly catching up with the 90-minute pacer. At mile 4 I’d caught him, I ran with him briefly, felt OK so decided to pass him. I’d remembered from previous years that it is cups at the water stations, not bottles, so I carried my own water throughout the race – anything to save a few seconds!

Temperature wise it was perfect, a little windy in places but overall a fab day and an enjoyable race. 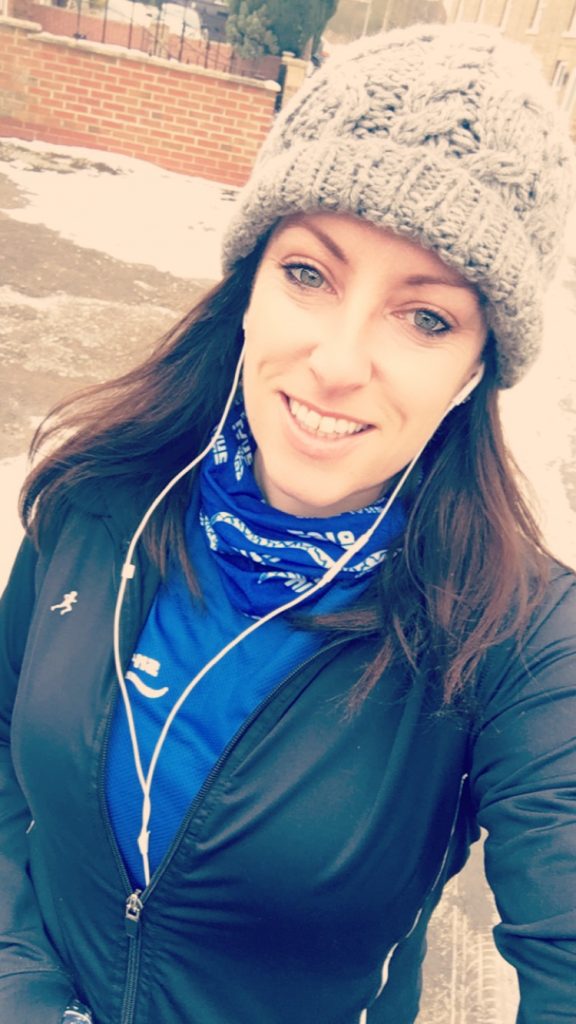 I finished in a with a new PB of 1.25.57 – I was amazed. Just over 5 minutes quicker than my previous course record and a time I never thought I’d achieve.

I was worried I’d taken on too much with this advanced marathon training plan, but it is clearly paying off!

The buff came in really handy – in the days following the race we had a bad spell of weather #beastoftheeast Probably the most useful thing I’ve received in a race goody bag!

Highlights: Cheap, local and I came away with a PB
Low points: None – I’ll be back again next year.