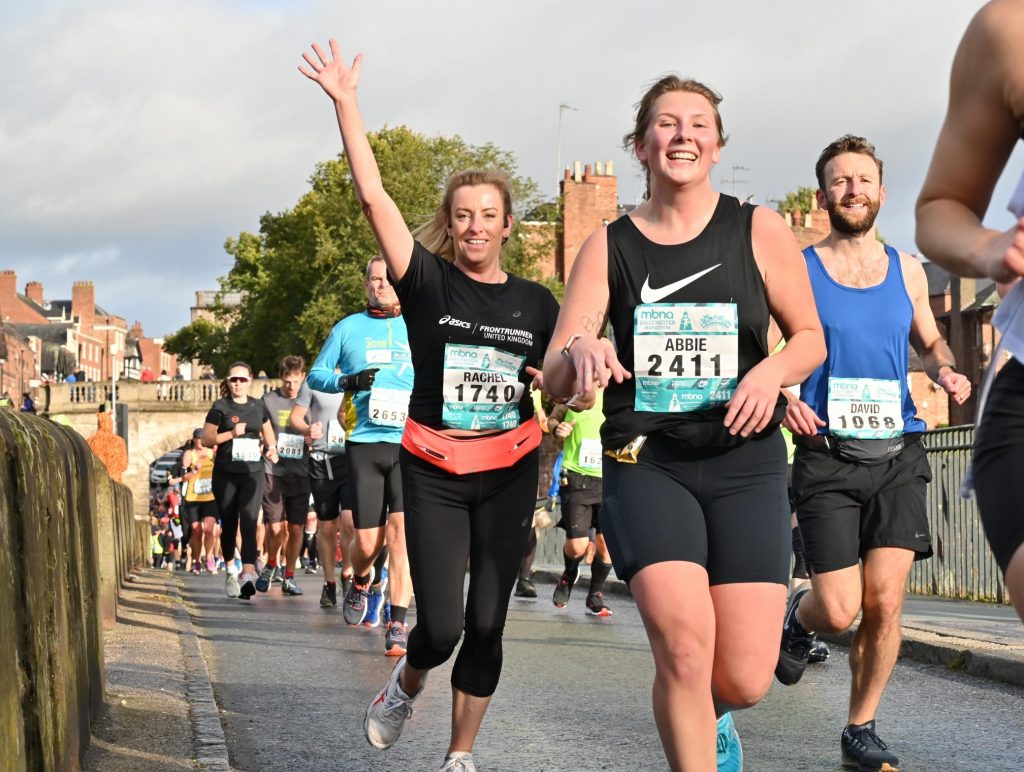 Chester is quite like York, both have Roman city walls, nice buildings, both have a Huntington School and both have a cracking marathon. I even learnt a little Welsh on my way around!

I hold my hands up – I’ve put long distance running on the back burner over the previous 18 months. Itching to get back into some sort of training routine (and get back to pre-pandemic fitness) I had my sights set on an Autumn marathon. So when Chester Marathon contacted me to see if I wanted to take part, I jumped at the chance.

With a spectacular start at Chester Racecourse, the route passes all Chester’s iconic landmarks, before heading out into Cheshire & North Wales (yes, you run in both England AND Wales), before returning along the banks of the River Dee for an unforgettable finish in Grovesnor Park.

Sounds good to me – lets take a spin around the city for marathon number 11! 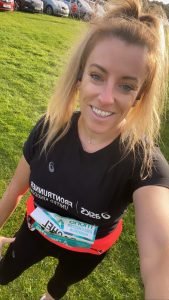 I’m prone to getting lost. Yes, the Welsh road signs confused me at times, but I made it to the start without any stress! There was a one-way system in place to get to the racecourse, which was simple to follow and well-signposted and masses of parking available as well, so that was one less thing to worry about.

Runners always like to know about the toilet situation at races – there were plenty with no queues!

The weather hadn’t been looking too good leading up to the race – trust me, I’d been refreshing that weather app! Thankfully, the weather gods smiled on the day, keeping it cool with a few rain showers!

There were no pacers this year (there usually is, this was to prevent bunching) but the start pens were marked with estimated finish times. I had no goal time for this race – I just wanted to enjoy myself. Once I slotted myself in near the 4.30 mark it was a case of waiting for the start.  9am prompt, and we were off!

I don’t know Chester very well, so even though I had looked at the route I still had no clue what to expect. I just follow the people in front! I’ll start by saying it’s an undulating course! We left the racecourse and headed into the city centre which was filled with spectators cheering and shouting our names which was quite emotional. Supporters lined either side of the street as we made our way through the Roman walls before crossing the Old Dee Bridge to leave Chester.

From then on we ran on traffic-free rural roads. We ran past the Duke of Westminster’s estate, through Pulford, before crossing the border into Wales and the villages of Lavister and Rossett. We may have been rural but there was never a quiet moment. I had worn my Aftershokz incase I needed music to pull me round in any quieter spots of the course but didn’t use them. Instead, opting to soak up the atmosphere and chat to other runners along the course. The volunteers really made this event (so thank you so much), their encouragement at water stations and marshall points was welcomed!

Most of the ‘climbs’ were in the second half of the course. I won’t forget mile 24 (ish) in a hurry – where I was greeted with a rather steep hill back into Chester. Hill aside, the support here was relentless with everybody shouting encouragement and willing us along the remainder of the course. As we were directed into Grosevnor park the course split into two – the marathon finish and the metric marathon finish. With one final push to the finish I crossed the line in 4:31:26. 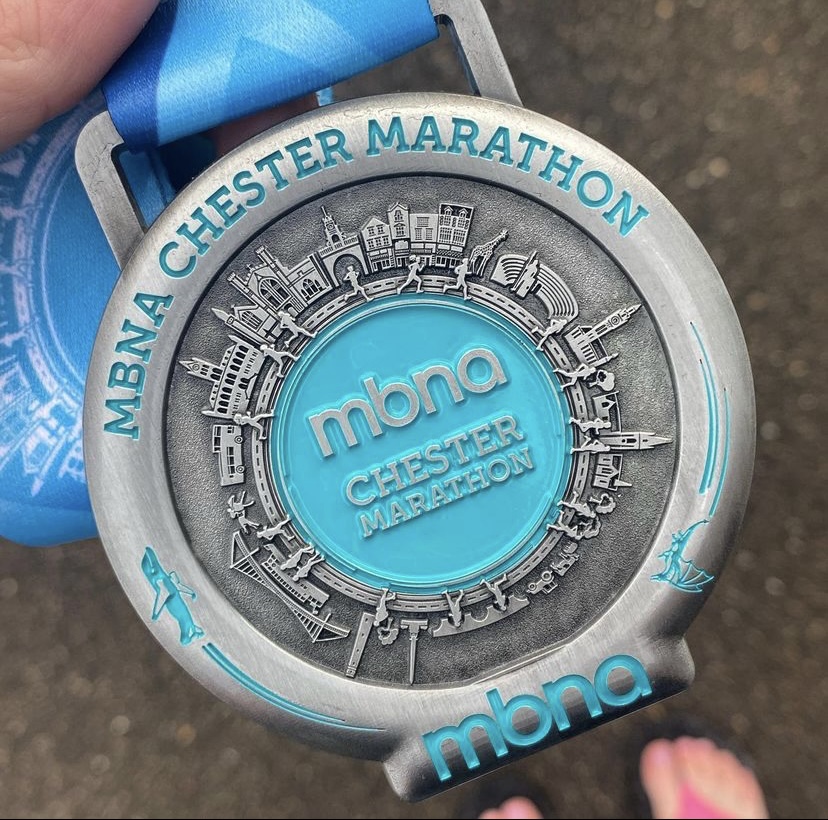 The finish line area was well organised – with no queung. We were handed our medals, a long-sleeved running top and a goody bag that did not disppoint – it had enough goodies to last a week!

This is a great marathon, cheap to enter, friendly, very well organised, great crowd support and a cracking goody bag. I feel like this race was somewhat overshadowed by the London Marathon being on the same day. It really shouldn’t be – it’s definitely one I’d do again!

If you fancy taking part next year click here