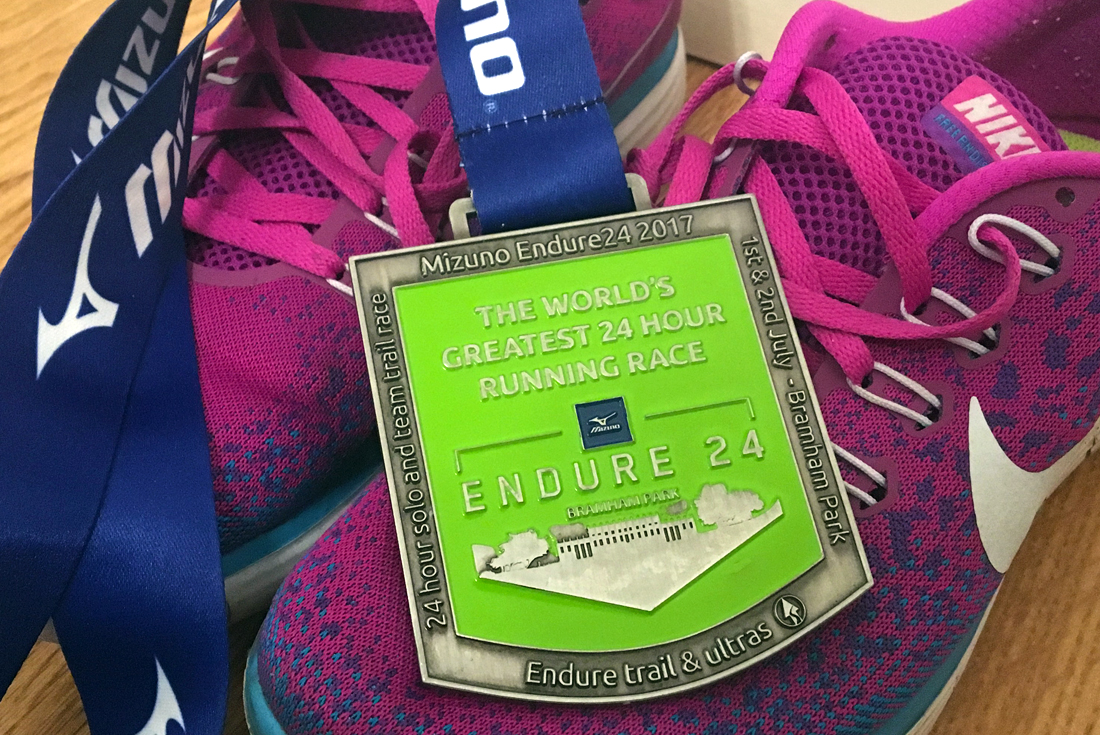 I don’t know how to start writing this one – one week on, I swear I’m still sleep deprived. Endure24 – as the name states, it’s a 24-hour event. Made up of solo runners, pairs and teams running 5-mile laps around Braham Park, Leeds.

Billed as ‘Glastonbury for runners’ it took place on the same site Leeds Festival is held. The event ran from 12 pm Saturday till 12 pm Sunday with runners continuing for the full 24 hours (yes, even through the night) and camping onsite.

Now, the last time I went camping was at the aforementioned festival in 2009. I was rudely woken on Sunday morning by someone relieving themselves over my tent. Luckily none of that happened this weekend, we put up our tents, rolled out our sleeping bags and got our trainers on.

We had signed up for a large mixed team. Pat, Anne, Steve, Ange, Kate, Becky, Nikki and myself. Nikki had been very organised and planned out a running schedule. We took it in turns completing laps of the park and passing on the baton to the next team member.

Pat started the team off with our first lap and we all anxiously awaited his arrival bombarding the poor guy with questions. ‘What’s it like?’ ‘How hilly is it?’ ‘What’s it like underfoot?’

We soon found out for ourselves as we each took our turn. The course was lovely, not flat, but not too challenging. There was a guy around 2k banging out tunes from a camper van and a water station between 4 and 5K. Then a hill up to the finish. I completed my first lap in 47.14. 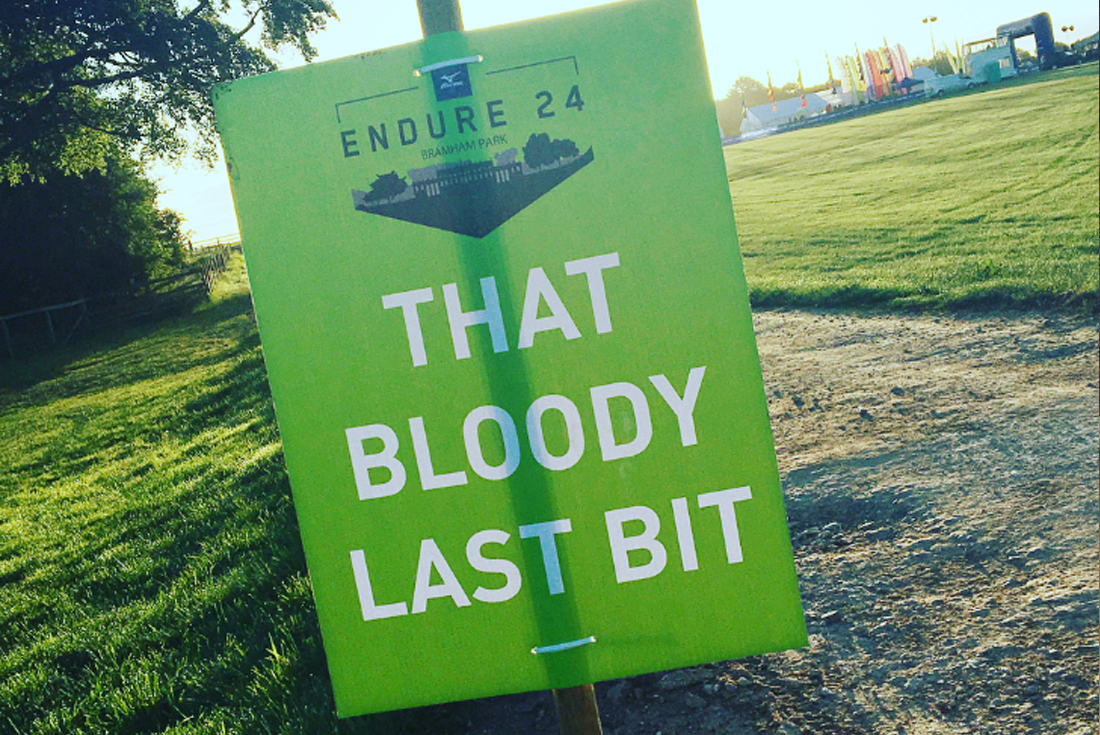 In between laps, we chatted, ate, drank, cheered on other runners and took advantage of the sports massages. I take my hat off to those solo runners, they were incredible – they just kept on going!

We had a few hours of rocking the minion look as head torches were compulsory between 8 pm and 6 am. Fairy lights and glow sticks appeared on the course and the camper van was handing out energy drink ‘shots’. 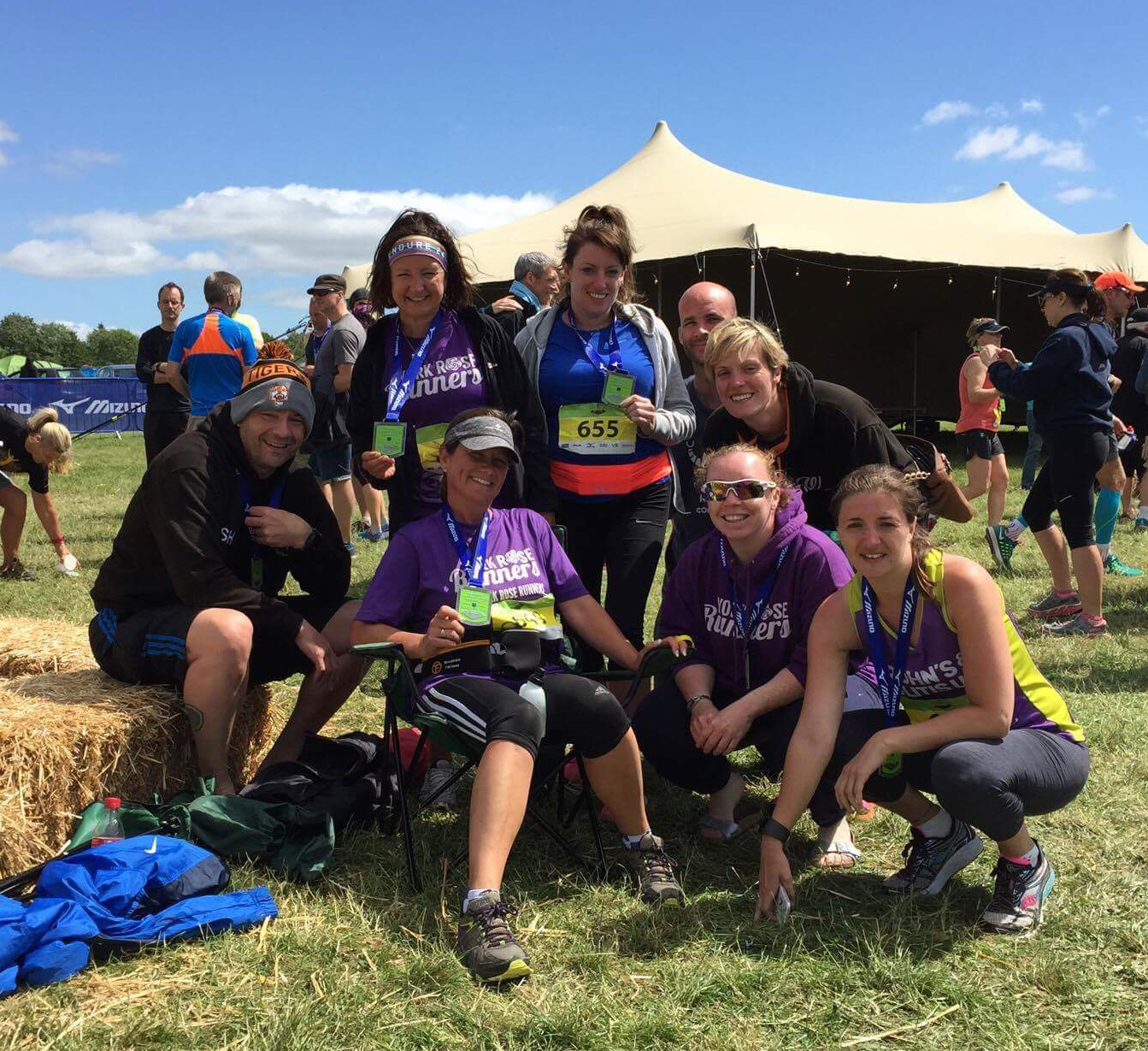 The laps continued throughout the night and by early hours of Sunday morning, we were at the hysterical point of exhaustion. You don’t sleep properly. You are too worried that you are going to leave your teammate stranded in the exchange area.

Nikki took the last lap and we all joined her for the final few metres and through the finish.  Collectively our team managed a whopping 140 miles between us! ❤️

Things I learnt from a 24-hour event. 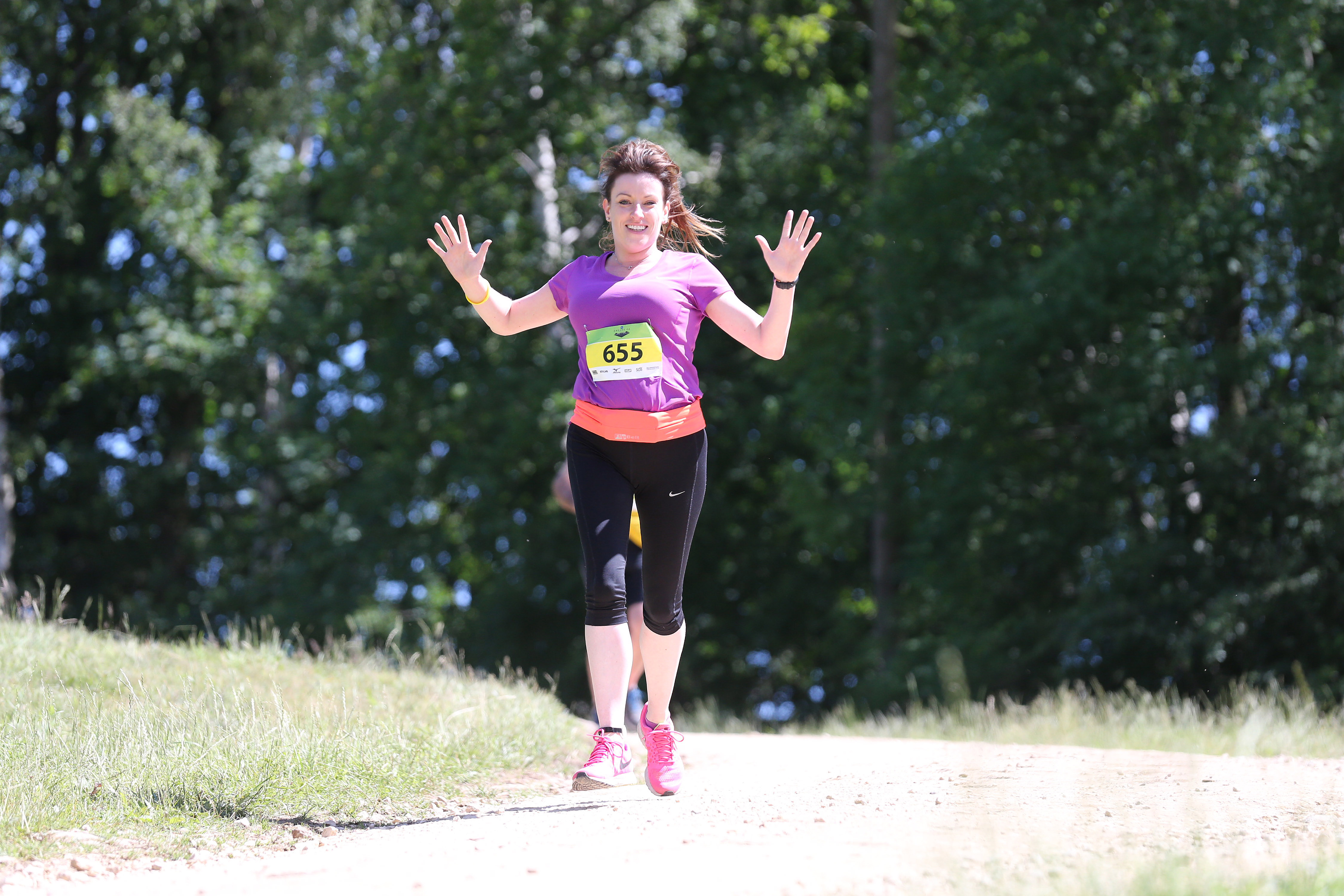 As always, a big thank you to all the volunteers and a special mention to the caterers and massage team as they were available the full 24 hours too.

All in all a great weekend with great company. I’d really recommend this event – you can run as little or as much as you want. With it being laps you can easily have a break, there are onsite refreshments and sports massages.

Maybe I am actually crazy but I am considering a solo entry next year… watch this space.