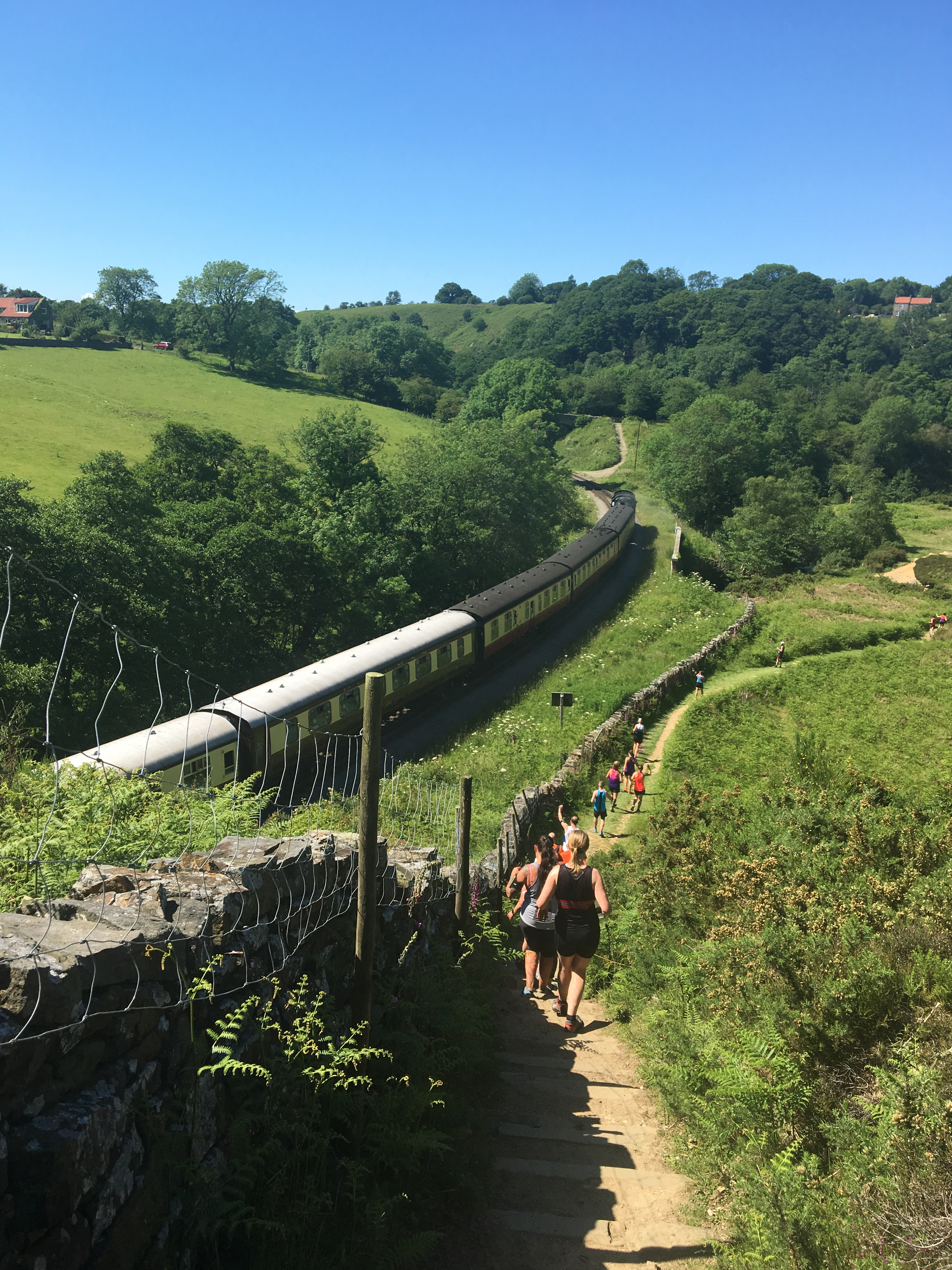 How would you spend the hottest Saturday of the year so far? Firing up the BBQ and sitting in the garden with a cold beer or racing against a steam train in the North York Moors? I like a challenge or I’m just crazy (I’ll let you decide) so I covered myself in factor 50 and went for the latter option.

The rail trail was lovely, reasonably flat with some shady areas – the hilly parts came later in the race.  As we were running at the hottest part of the day I took it steady – stopping to take photos, it was absolutely beautiful! It was a mixed terrain run – I need to replace by trail shoes (top tip: never but trainers in the washer) so wore my road shoes and they were fine. I ran the last mile behind a guy who had got a can of John Smiths from somewhere – that’s one way of keeping hydrated I guess! 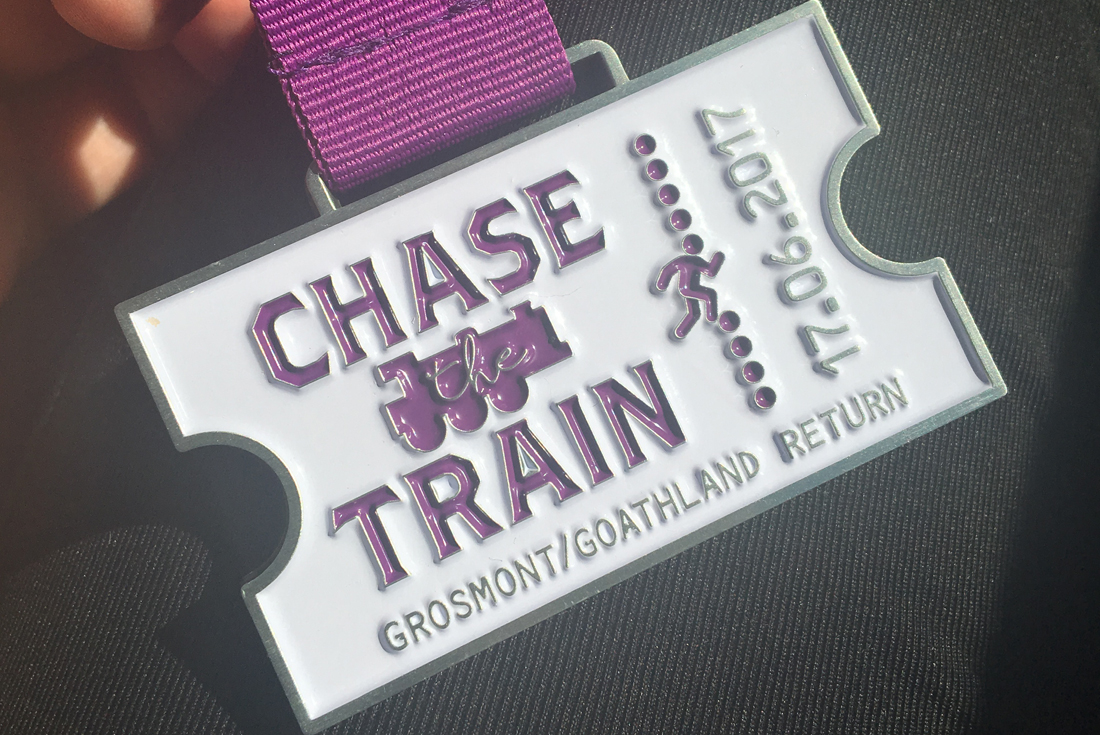 I came in 20 minutes behind the train – I had no aspirations of trying to beat it in that weather- it was more about enjoying it.  Huge thank you to all the marshalls/volunteers and to Mark and Martin at Racebest for organising this event. These guys are super speedy and replying to emails!

June 24, 2017 by Rachel | Comments Off on Chase the train – Grosmont to Goathland